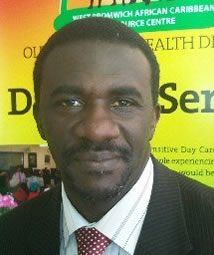 Bishop Lincoln Davis first worked as a pastor within the Oldbury New Testament Church of God for 8 years and within Sandwell Churches together for 7 years and then joint the board in 2007. Bishop Davis has a great appreciati9on for the community and sees himself as a liaison between Church Life and Community Life with a objective to see cohesion and improvement within all communities. Bishop Davis recently moved from the Oldbury New Testament Church of God and is now based in Nottingham. Outside of his church duties, Bishop Davis enjoys sports, particularly Football, Rugby and Cricket. he also enjoys documentaries and Gospel Music. 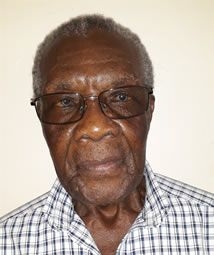 Clarence came to England from Trelawny, Jamaica in 1961 and worked as a bus driver before retiring on health grounds. After making a recovery he came into voluntary community work and has been an active member of a number of voluntary organisations including: Sandwell and District West Indian Community Association (SADWICA), West Bromwich African Caribbean Resource Centre (WBACRC), Organisation for Sickle Cell Anaemia Relief (OSCAR Sandwell) and AGE UK Sandwell; in addition to being the Chair of SADWICA day care provision who is one of the oldest African Caribbean voluntary organisations in Sandwell which specialises in nursery provision. As well as his voluntary work Clarence is a carer and has substantial experience within foster care, fostering for Sandwell MBC for over 18 years during which time he also acted as a mentor for new foster carers and was the 'Appropriate Adult' for all looked after children in Sandwell. In addition to being the company secretary he currently chairs our ACRC Care Divisional Sub Group and has in the past sat on the Sandwell Schools Appeal Panel for school admissions and exclusions. In 2008 he was awarded a Jamaican local heroes award in recognition of his contribution to voluntary and community work as well as receiving an award for voluntary work within early years in Sandwell. On a personal note - Clarence is a carer for his wife, a father of 5 and has 8 grand children. 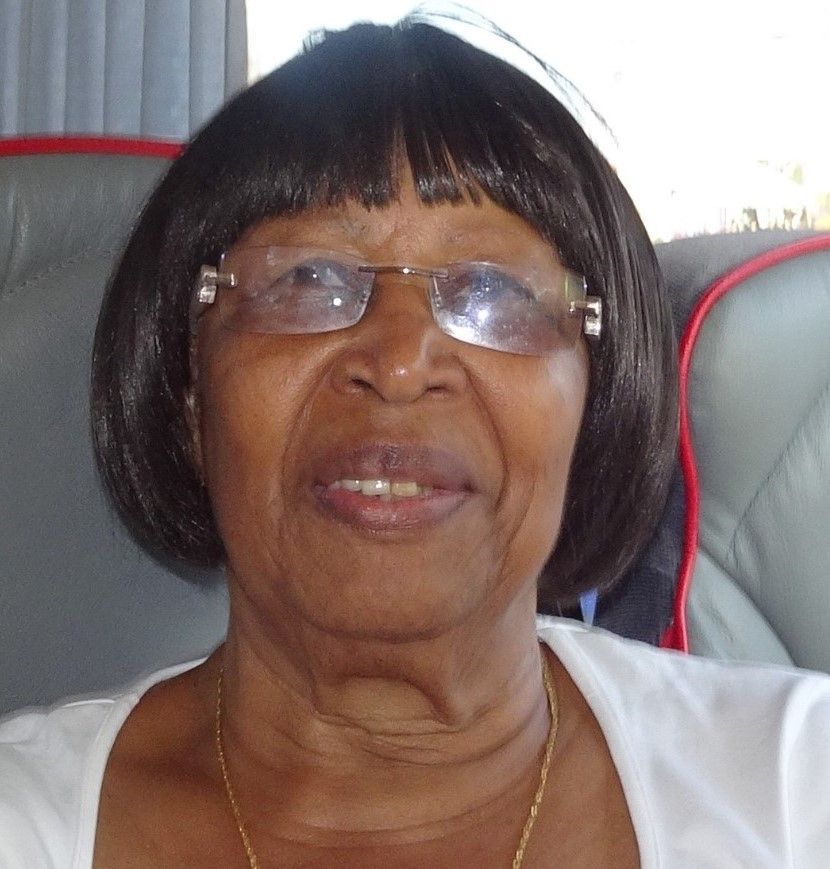 Hyacinth Jarrett was born in Mandeville, Jamaica and came to England in 1956. After a carer in nursing she turned to her creative side establishing her own hairdressing Business Jarrett’s Hairdressers in 1970. During her time she established herself as an expert in Caribbean European and Asian hair and wrote a book entitled “The Black Hairdressing and Beauty Training Manual” conveying the knowledge that she had accumulated over the many years in the trade. In total the Business ran for 40 years before she retired to care for her husband. She worked at government level as an advisor on hairdressing training to ensure that black hair styling was incorporated in to the national training syllabus. She worked on the distant learning program in joint projects between Britain and France and also with worked the Training Board. She established the first a bespoke Black hairdressing training course with Birmingham City College (Handsworth) and inspired many a student to establish their own businesses. Her skills were soon recognised and she was invited to write a course for other countries including the Netherlands Portugal & Finlands after she established the Level 4 Foundation hairdressing syllabus with London University. She has been a regular member of the business delegations to the Caribbean on several occasions. Community Work - Hyacinth was a founder member of West Bromwich African Caribbean Resource Centre established in 1985 and has held the position of Treasurer since its inception guiding the charity through challenging times. Chairing the finance sub group and contributing to full board meetings. Awards and Achievements - Hyacinth has won several awards during her long career including the Birmingham Heroes Award, the Black Country African Caribbean Business Federation Award the Chamber of Commerce overseas Business Award and the Lifetime achievement Award from City College. She is featured in the Black Country Roots book chronicling the experiences of African Caribbean people in the Black County. She was recognised for her contributions to hairdressing by the BEX Live body celebration people of colour with a Lifetime Achievement Award. She is married with two children and is a grandmother and great grand mother several times over. More recently, Hyacinth Jarrett was a presenter and Panelist for Sandwell International Women’s Day event recounting stories of triumph over adversity alongside other inspirational women. 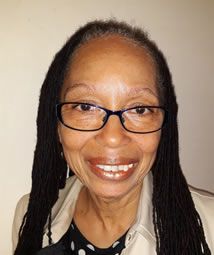 Sharon is a descendant of Jamaican parents and came to England at a young age and attended both primary and secondary schools in West Bromwich. Sharon has been a resident in Sandwell for 50 years and is works for Social Services for nearly 20 years in various positions and is currently a Community Mental Health Worker. Sharon is interested in catering and keeping fit and does a lot of charity work at her local church the Church of God of Prophecy and Wesleyan Holiness Church, supporting young people on holidays. Sharon is passionate about the African Caribbean Resource Centre and the work it does and this what drew her to become a member of the board in order to have an impact on the organisation. 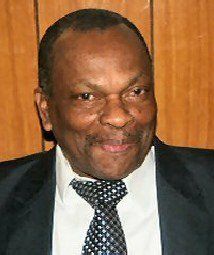 Kenneth James came to England from Clarendon, Jamaica in 1961 and worked as a chemical operator for Albright and Wilson based in Langley from 1962 until 1999. Since then he has been involved in voluntary work including the Rio Minho Charity which raises money to purchase health equipment for hospitals in Jamaica. He has been involved with WBACRC from the beginning over 30 years initially as a general member and has been a board member since 1993. He lives locally in West Bromwich, is married with grown up children and has 7 grandchildren. Kenneth is a keen cricket fan and his other love is dominoes. He is also a Director of Club Carib entertainment social enterprise. 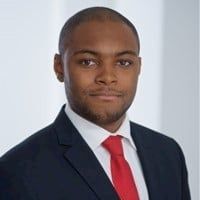 Ashley is a campaigner with a background in policing governance and political campaigning. He was previously the West Midlands Deputy Police & Crime Commissioner. He also ran campaigns for members of parliament focussed on widening participation in democracy and social justice. In his spare time, he tries to be in the front row of every music gig he attends, and his support for Aston Villa FC continues to bring him unrelenting pain and anguish. 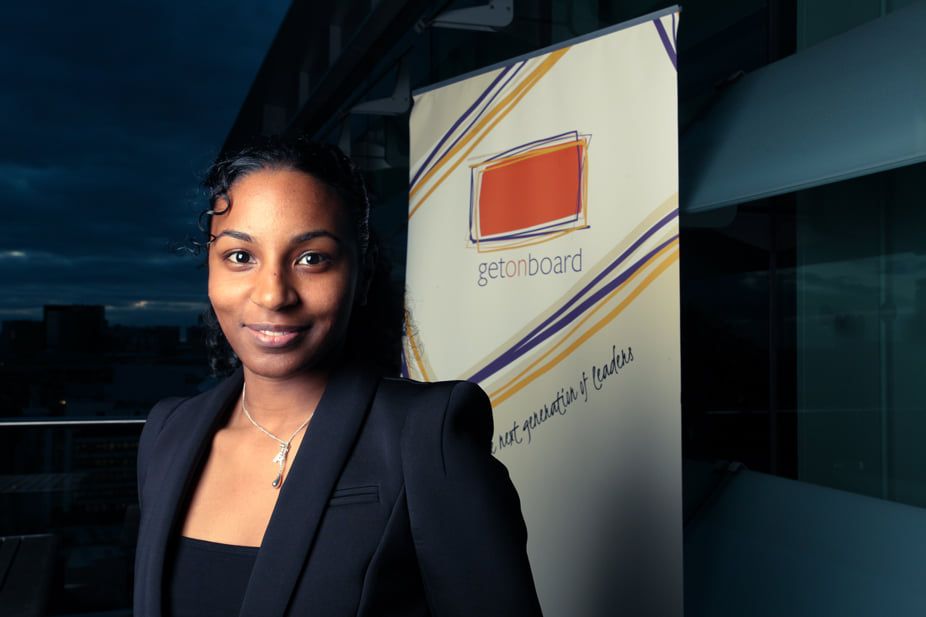