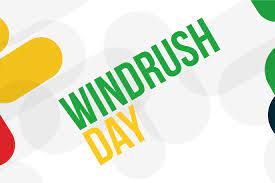 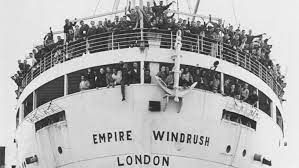 Windrush Day was introduced in June 2018 on the 70th anniversary of the Windrush migration. Windrush Day is not a bank holiday in the United Kingdom, it is an observed day. It was instituted following a successful campaign led by Patrick Vernon. https://en.wikipedia.org/wiki/Windrush_Day

Windrush Day marks the anniversary of the arrival of MV Empire Windrush at the Port of Tilbury, near London, on 22 June 1948. The arrival of the Empire Windrush nearly 73 years ago marked a seminal moment in Britain's history and has come to represent the rich diversity of this nation.

On 22 June 1948, 492 Caribbean people were brought to Tilbury Docks, Essex, in the UK, on the Empire Windrush ship. News reports at the time reported that the number of people was 492, but the ship's records show that the ship was carrying 1,027 passengers.

The day is named after the Empire Windrush, a ship that docked near London in 1948 carrying the first cohort of migrants from the Caribbean who had been invited by the government to relocate to Britain to help fill a labour shortage after World War II.